The pathway to a European curriculum

By skillsforyou
Jun 19, 2019 Leave a comment
in Project Outputs 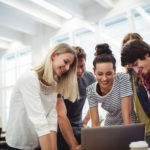 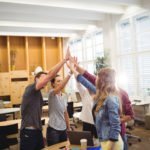 Six partners, all of them professionals in adult education and working with vulnerable groups, agreed to develop tools for trainers to assist them in training their learners’ soft skills in order to find a job and thus better integration in society. The two-year project was implemented from 1/12/2017 to 30/11/2019.

The partners are
• Järfälla lärcentrum, Järfälla, Sweden
• Instituto para a Qualificação Professional, IP-RAM, Funchal, Madeira, Portugal
• Zetva na znaenje, Prilep, North-Macedonia
• Stichting Internationaal Vrouwenwerk, Den Helder, The Netherlands
• Dorea Educational Institute, Limassol, Cyprus
• Qrios, Genk, Belgium
Qrios acts as the project’s coordinator with guidance from Katholiek Onderwijs Vlaanderen, the Flemish umbrella organisation for catholic schools.
The project is three folded: a desktop study on soft skills (Outcome 1), a multilingual manual including tools for trainers (Outcome 2) and a set of validation instruments (Outcome 3).
The first meeting in Cyprus (December 2017) was used to fine tune the tasks, meetings’ data, financial conditions, etc. as described in the application form and to discuss the desktop study.
In Cyprus the partners also agreed on the following Cedefop definition of soft skills as skills that are cross-cutting across jobs and sectors and relate to personal competences (confidence, discipline, self-management) and social competences (teamwork, communication, emotional intelligence) .
Desktop Study
A skills set was determined during the second meeting in The Netherlands (May 2018) after a qualitative questionnaire (prepared by Dorea) had been distributed before among 600 learners, 120 trainers and 180 employers in all participating countries, thus providing a database of 900 respondents. The questionnaire’s analysis (performed by Dorea) resulted in five soft skills that – according to the respondents – are needed for disadvantaged adult learners to make them more employable, better integrated and better equipped for education.
This skills set includes following soft skills (in alphabetical order): Customer Service, Intercultural Communication, Learning to Learn, Motivation and Team Working.
The assignment of the soft skills was made by consensus :
partner soft skill
Belgium learning to learn
Cyprus team working
Portugal customer service
Sweden motivation
The Netherlands intercultural communication

We decided that every module should consist of three different, creative, innovative working methods including a manual. A template for the manual will be developed by North-Macedonia.
Training package
We agreed to the North-Macedonian proposal to develop a manual for a sixth soft skill: conflict management.
During several workshops in Madeira (November 2018) a first draft version of each tool was presented and suggestions for improvement were made. After the discussions, we were able to finalise a number of principles:
• the tools’ titles,
• the definite format,
• the number of 60 teaching hours in total, representing 2 ECTS-credits,
• the 3 tools for each module either act as a whole or can be used separately,
• the translations.
After translating these draft versions were tested in the several countries by a number of selected staff members.
The testers’ observations were presented in Järfälla (March 2019) and provided the basis for the tools update (second draft).
As we felt the need for extra testing, the testing period was extended until the meeting in North-Macedonia. In Skopje (May 2019) we discussed the latest test findings and agreed on the final English version of the training package (manual and tools). Finally, all translations were adapted to that final English version and the decision to choose for a more professional design was made.
Validation instruments
In Skopje we also decided, after some discussions, on the validation instruments. Portugal introduced the theoretical basis and suggested the kind of tools to use: concise and pragmatic instruments, easy to use for trainers and (disadvantaged) learners.
We propose a set of five instruments that guarantee validity:
• a portfolio,
• an evaluation form for the trainers,
• a self-assessment form for the learners,
• an evaluation form for the whole of the tool/module,
• an official certificate.
These instruments are linked to the 18 tools that were developed and are presented as a separate document to the manuals.
The desktop study, the training packages (manuals and tools) and the validation instruments are available on the project’s website skillsforyou.eu as well as on the project results platform (PRP).
The project is presented during an international dissemination event in Brussels and all partners have organised a national multiply event to introduce other trainers to the tools and the validation instruments.
We sincerely hope that trainers from all over Europe will find the way to our educational tools so that learners will discover and develop their soft skills in search for a job, an education and successful integration.[/vc_column_text][/vc_column][/vc_row]